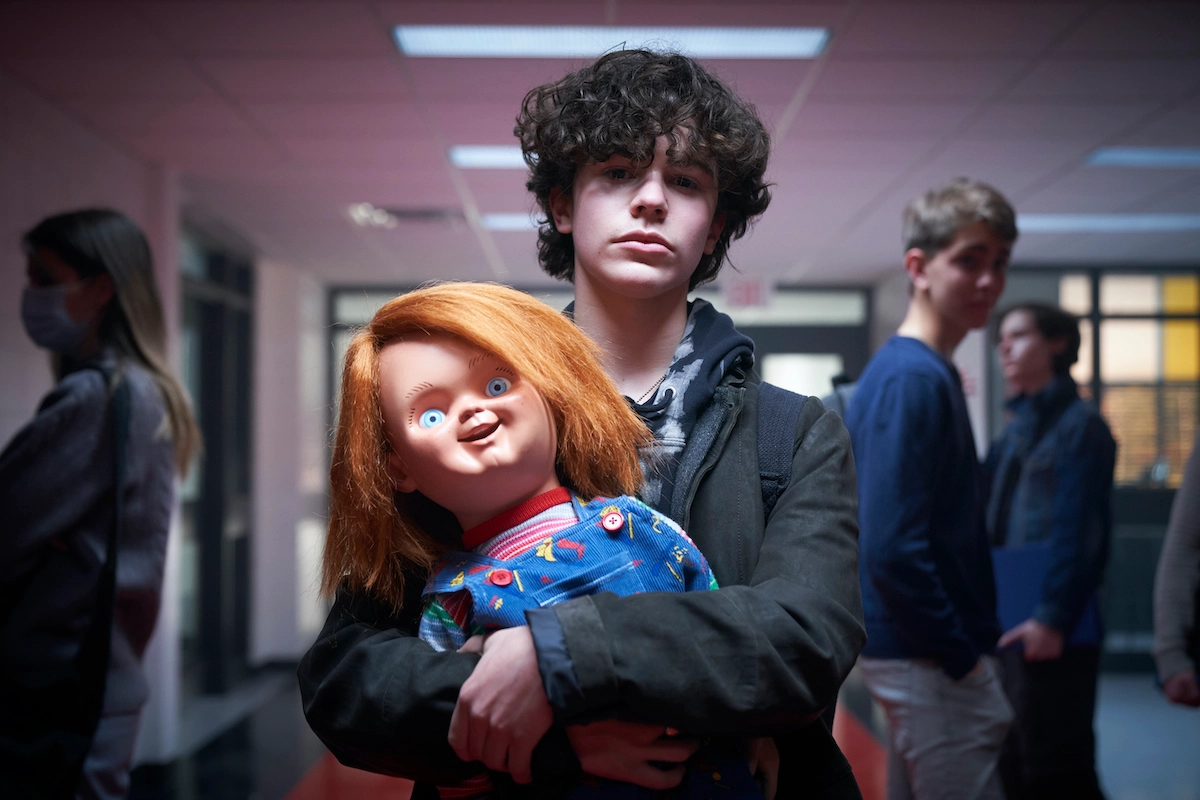 In the words of Chucky “I always come back.” The latest highly anticipated return to the Chucky franchise takes form as a TV Series and is a continuation of the former seven Chucky movies.

Chucky will be written and produced by Chucky and Child’s Play creator Don Mancini with help from producers David Kirschner and Nick Antosca. The first series will be 10 episodes, with episode one “Death By Misadventure” set to premiere on USA Network and SYFY in the United States on October 12th 2021.

It will be a continuation of the Child’s Play series of movies, including an exploration into the dark psyche of Charles Lee Ray, the deceased serial killer who possesses Chucky and the main antagonist of the show.

Don Mancini offers us an insight into the disrupted life of the show’s main protagonist,14 year-old Jake Webber. He is

“a 14-year-old gay boy who’s bullied and sort of lost after the recent death of his mother. He’s a young artist [making] sculptures with doll parts. He finds Chucky at a yard sale and buys him, but it turns out that he gets much more than he bargained for.”

Teasers for the show were tweeted out by SYFY and Mancini on July 18th. The full trailer was revealed on July 25th at the ‘Legacy of Chucky’ panel at the 2021 Comic Con, in addition to a variety of clips from the upcoming series. Filming for the show began 29th March 2021 and is likely to come to an end by 11th August the same year.

Watch the full trailer for Chucky below.

What are your thoughts on the new Chucky TV Series? We’d love to hear them in the comments section below.

This site uses Akismet to reduce spam. Learn how your comment data is processed.

This website uses cookies to improve your experience while you navigate through the website. Out of these cookies, the cookies that are categorized as necessary are stored on your browser as they are essential for the working of basic functionalities of the website. We also use third-party cookies that help us analyze and understand how you use this website. These cookies will be stored in your browser only with your consent. You also have the option to opt-out of these cookies. But opting out of some of these cookies may have an effect on your browsing experience.
Necessary Always Enabled
Necessary cookies are absolutely essential for the website to function properly. This category only includes cookies that ensures basic functionalities and security features of the website. These cookies do not store any personal information.
Non-necessary
Any cookies that may not be particularly necessary for the website to function and is used specifically to collect user personal data via analytics, ads, other embedded contents are termed as non-necessary cookies. It is mandatory to procure user consent prior to running these cookies on your website.
SAVE & ACCEPT